A Polish-born Holocaust survivor opened a book fair in Italy on Thursday to a standing ovation, after organizers agreed to ban a publisher linked to a neo-fascist group.

Halina Birenbaum, an 89-year-old poet who lives in Israel, was quoted by Italy’s Corriere della Sera daily as saying “this is more proof for me that evil will not win.”

Birenbaum and the Auschwitz-Birkenau museum had threatened to boycott the 2019 Turin International Book Fair if it included the Altaforte publishing house, whose director is linked to the neo-fascist CasaPound party.

“We consider our presence incompatible with that of a neo-fascist publishing house that openly spreads a revisionist culture,” read a letter signed by Birenbaum and others, including Piotr Cywinski, director of the state museum in Poland.

“In my life I suffered too much to be in the same place with people who propagate ideas that caused me to lose all of my family,” Birenbaum, a survivor of the Warsaw Ghetto and camps including Auschwitz and Majdanek, said in comments carried by state broadcaster RAI.

The head of the publishing house, Francesco Polacchi, has defined himself as a fascist. He has praised late Italian dictator Benito Mussolini and said “anti-fascism is the true evil in this country.”

Polacchi, who is also under investigation for promoting fascism, said he would sue. He called the ban an attack on the county’s hard-line interior minister, Matteo Salvini.

Altaforte is publishing a book of interviews with Salvini that was to be presented at the fair.

Salvini also denounced the ban on Altaforte, saying there is a “minority on the left that claims the right to decide who can make music, who can do theater, who can publish books.”

“Ideas are answered with other ideas, not with censorship,” Salvini said.

Italian President Sergio Mattarella sent a message to the fair organizer saying that the values of Auschwitz survivor and writer Primo Levi, who was born in Turin, should “constitute the fundamental basis for a peaceful society and a respectful social coexistence.” 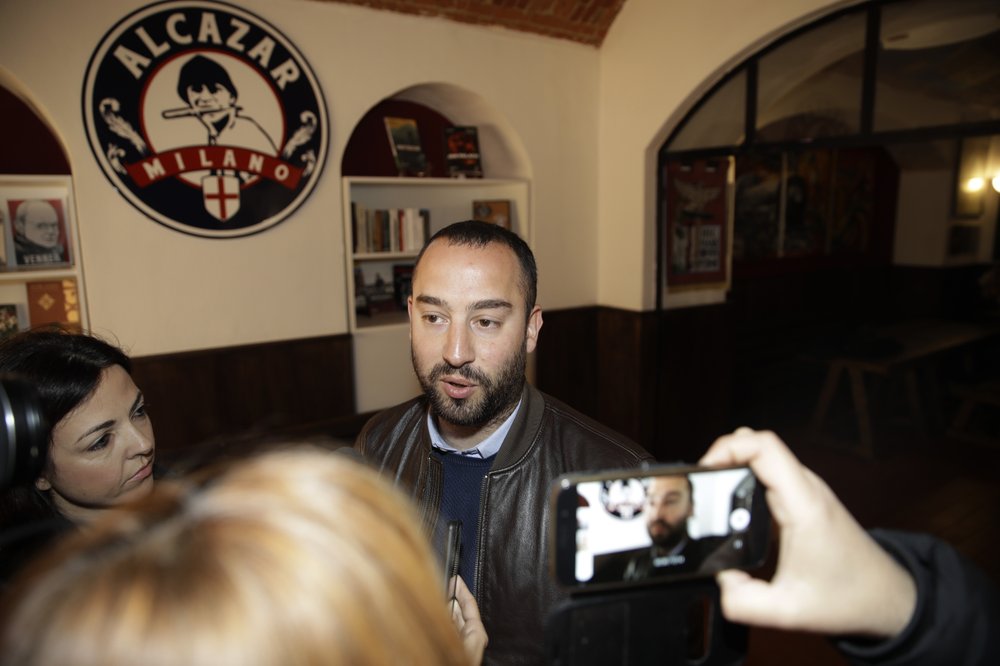