Emma Straub becomes the latest author to open a bookstore

By BETH J. HARPAZ , AP Novelist Emma Straub has become the latest author to open a bookshop, joining the ranks of bookstore-owning wr... 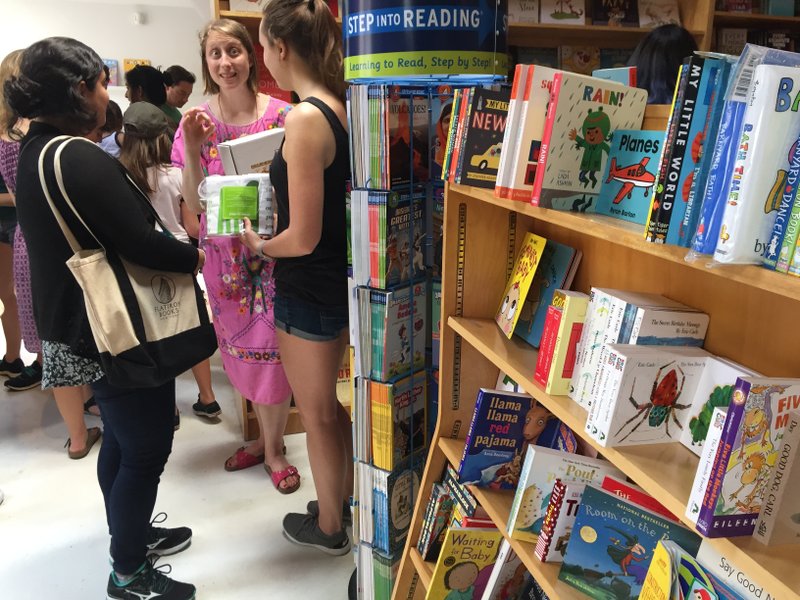 Novelist Emma Straub has become the latest author to open a bookshop, joining the ranks of bookstore-owning writers like Ann Patchett and Jeff Kinney.

Books Are Magic opened April 29 in Brooklyn, New York, a few blocks from where Straub lives with her husband, Michael Fusco, and their two young children.

Straub, author of “Modern Lovers” and “The Vacationers,” decided to open the store after the closing of a beloved local bookshop called BookCourt that had been in business for 35 years. Straub worked at BookCourt from 2009 to 2013, and remembers it as a “glorious, wonderful place. ... We couldn’t fathom the idea of not having a bookstore in our neighborhood.”

Books Are Magic’s opening featured dogs waiting outside while their owners shopped, a cash register decorated with good-luck bouquets and lines of customers stretching to the back of the store, where toddlers played in a children’s area. Straub held court in a bright pink dress, smiling and hugging well-wishers.

Straub said her husband is the “secret weapon” in running the business. “I have a small skill set, which is that I can write things and I’ve got a big smile and an easy laugh and that’s about it,” she said. “My husband is extremely organized and good with details and not scared of anything. He is going to be running the bookstore on a day-to-day basis.”

Here’s a look at some other bookstores around the country owned by writers. Stop in for a literary encounter — if not with the owner, at least with a book.

Novelist Ann Patchett, author of “Bel Canto, “State of Wonder” and “Commonwealth,” among others, co-owns Parnassus Books in Nashville, Tennessee. The other half of the team, Karen Hayes, handles the nitty-gritty of running the store, while Patchett describes her role as “pretty much the dispenser of fairy dust. ... I bring a lot of the magic but I’m a disaster on the cash register.”

An Unlikely Story is owned by “Diary of a Wimpy Kid” author Jeff Kinney and his wife in Plainville, Massachusetts, where they live, about 40 miles from Boston. It’s also a cafe and community gathering space.

The store opened in 2015 on the site of Falk’s Market, an old-fashioned general store dating to the 1800s. Falk’s was a “nerve center for the town,” according to the bookstore’s website. “Taking care to honor the building’s history, we’ve made it our mission to rejuvenate this sense of community.”

Famous writers who have lived in Key West, Florida, include Tennessee Williams and Ernest Hemingway. Some days you can spot another writer there at the bookstore she co-founded: Judy Blume, author of young-adult classics like “Are You There God? It’s Me, Margaret.”

The store, Books & Books , is under the umbrella of both The Studios of Key West, an arts and cultural center, and the Miami-based independent store Books & Books.

Blume “spends a majority of her year in Key West and works in the bookstore regularly,” including attending events, according to bookstore manager Mia Clement.

Birchbark Books in Minneapolis showcases work by Native Americans and other indigenous writers and artists. It’s owned by novelist Louise Erdrich, a member of the Turtle Mountain Chippewas and author of “Love Medicine,” ″The Beet Queen” and other books. In addition to books, it sells basketry, jewelry, paintings, birdhouses and other handmade art, crafts and objects.

It’s also known for a wooden canoe hanging from the ceiling and a tiny loft and “hobbit hole” where children can play and read.

The business downsized from four buildings to two a few years ago but still “carries between 150,000 and 200,000 fine and scholarly books,” according to its website. “All stock has been purchased and shelved over the last four decades by owner and founder Larry McMurtry.”

City Lights in San Francisco is a granddaddy of author-owned bookstores, co-founded by Lawrence Ferlinghetti in 1953. Ferlinghetti, now 98, is best known for his poetry collection, “A Coney Island of the Mind,” and the bookstore became a center of literary counterculture in the 1950s and ’60s. Ferlinghetti’s City Lights Publishers brought out books by Allen Ginsberg and Frank O’Hara, and the shop remains a cultural landmark for the Beat Generation.